As you and we know that the citizens of India are eagerly waiting for the upcoming bikes every time. India is a country, where people like bikes more and ride on bikes and talk to the air. Today we will discuss with you some of the best bikes in this article, so the title of our article is also “Upcoming Bikes in India 2022 Under 3 Lakh“.

As I told you that in this article, we will discuss some of the best upcoming bikes. Benelli TRK 251, BMW G310 GS, KTM RC 390 Duke, Royal Enfield Interceptor 650, TVS Apache RR310, CFMoto 300NK etc. will be seen in the list of these upcoming bikes. Let’s get some intelligence about them.

Orxa Energies recently unveiled its first electric bike, the Mantis, at the India Bike Week in Goa. At the time of unveiling, it has been seen that this bike will be designed as a naked streetfight. As per the company’s claim, it displays an actual range of 200 km on a single charge. It can include 6 battery packs of 9 kWh lithium-ion.

The Benelli Leoncino 250 bike model is a younger brother of the Leoncino 500, which will be mated to a 250cc single-cylinder engine. This engine produces 25.8 PS of power and 21.2 Nm of torque. And it comes mated to a 6-speed gearbox, which makes it perform well. It will be presented in a very attractive look, which is a kind of mini bike.

The Honda brand has unveiled the BS6 CB300R, which will be launched in India on 22 January 2022. Its price will be around Rs. 2.50, so it is a good example of Upcoming Bikes in India 2022 Under 3 Lakh. It is also going to come with a very attractive look, which will give a lot of fun to the two-wheelers industry. To this we will be added a 286cc liquid-cooled single-cylinder engine.

It will be offered in the conventional cruiser bike, which has been trademarked the name Shotgun. Although it is believed that it will be introduced as the Roadster 650. There is no specific information available about it yet, so it is difficult to give more accurate information about it.

Harley-Davidson has recently introduced some information regarding this, which shows that the bike is based on the HD350 as it seems to share the same engine, suspension, chassis and swingarm. The smallest engine will be added to this bike by this company. It is expected that it will be sold at a price of Rs 2.25 to 2.50 lakhs. However, not much information is available about Harley-Davidson 350.

This is a new stylish bike to be introduced in India, which will have a mini city. However, there is not much information available about it yet. And neither company has disclosed any details yet, but we will update it very soon.

Some dealer sources have revealed that the KTM RC390 will be introduced in India in March 2022. And it has also been learned that select dealerships are also starting the unofficial booking of this bike. The update has revealed that it will be offered in a completely new design with LED headlight and restyling fairing.

This new model from Honda will be mated to a six-speed transmission, and will be powered by a 286cc, single-cylinder, liquid-cooled engine. 31 PS power and 27 Nm torque is generated from this engine. You get disc and rear brakes, and will be offered ABS as standard. Very soon its complete accurate information will be available.

Other Upcoming Bikes in India 2022

Apart from this, there are some other upcoming bikes which are priced under Rs. 3 lakhs. It is not possible to give complete information about all these, because no company wants to present the information of its upcoming bike. That’s why we are sharing with you the names of some more bikes, in which the expected price and launch date have also been given.

In this article, we have discussed the topic “Upcoming Bikes in India 2022 Under 3 Lakh“. We have shared here with you the expected prices and launch dates of almost all the upcoming bikes. 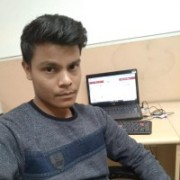 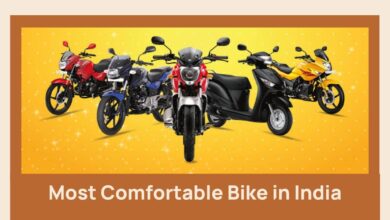